Recalling the past, meeting the challenges of the future

The History of CCME

In 2004, CCME, the Churches’ Commission for Migrants in Europe, celebrated its 40th anniversary, an opportunity to look back on people and events that have influenced the Commission and made it what it is today. 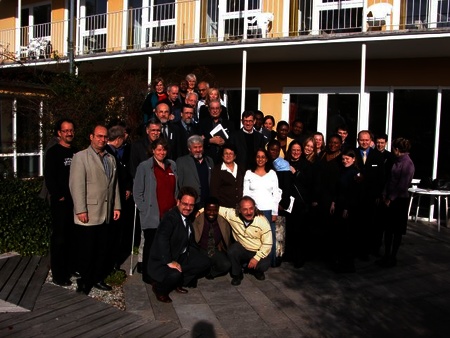 2004 – Celebration of the 40th Anniversary in Arnoldshain (Germany) 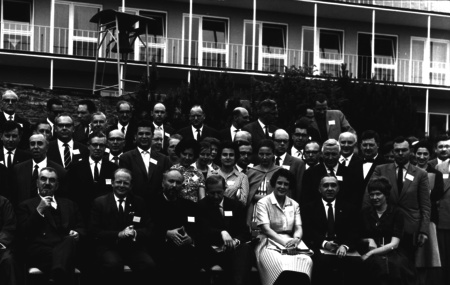 1964 – Foundation of CCME in Arnoldshain (Germany)

It is the aim of this small brochure to do that: It offers insights into 40 years of history, reminds us of names, places and dates and points out important decisions and changes.There are many things to discover: The Commission has changed its name several times, has concentrated on ever new areas of work, has undertaken a wide range of projects, it has moved offices twice. Every change also brought about a different image, focus and new guidelines for the work.

2009 – brandnew Logo of CEC-CCME in preparation of the integration

Even a small detail of the Commission’s presentation like its logo, which makes letters, documents and publications clearly recognizable, reflects these developments.

In 1964, the Commission takes up its work with the traditional logo of the WCC in its letterhead. CCME is firmly rooted in the ecumenical movement. It is founded in 1964 at the suggestion of an international conference organised by the WCC, its seat and offices are at the ecumenical centre in Geneva. For a long time, the commission works under the sign and symbol of the traditional ship of the ecumenical fellowship, and, as it is reasonable to do, it leans on the already existent ecumenical and international structure. CCME becomes established under the logo of the WCC, and without this organisation, it would be hard to imagine CCME today. It was only several years later that the Commission decided to have its own distinctive symbol but maintaining the ship as common ecumenical symbol.

CCME has grown, one could even say “grown up” and is now independent, having moved, in 1977, to the “European capital”, Brussels. And now, in 1990, it finally has its own logo. Its scope has become much broader and Europe as a political entity has come to be a principal contact, which is also expressed geographically in the logo. Besides the cross and the ecumenical ship, a map of the European continent as part of the globe has been included in the design. Like an arrow, the ship’s sail is pointing towards it.

Just 10 years later, the Commission adopts another new logo. The map of Europe has disappeared again, but work in a European context is now represented by four stars suggestive of the European flag. This common flag represents the unity of the European countries, an attachment to each other that is more than simple geographical neighbourhood. The ecumenical ship with its sail and mast designed to represent a cross is more immediately connected to the sea. Under full sail, the ship faces the waves of time and life, the troubled waters of politics and history. The new logo has a modern and dynamic look and it tells us that CCME is and remains up-to-date.

40 years of CCME – Enjoy this journey through time.

Please read the Brochure “CCME 1964 – 2004 Facts and figures of 40 years” with more interesting information about the history of CCME.